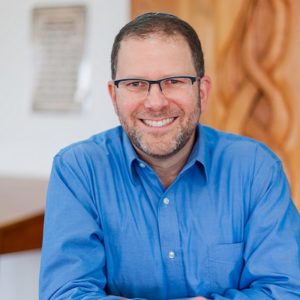 Our colleague, Rabbi Leon Morris has been appointed the new President of the Pardes Institute of Jewish Studies, effective June 1, 2017. Rabbi Morris is the first Pardes alumnus to hold this position, having studied on the Pardes Year Program in 1995-96. Rabbi Morris is a product of the Reform movement. He served as the NFTY National President from 1986-87, worked at URJ Camp Harlam, and studied for the rabbinate at Hebrew Union College – Jewish Institute of Religion where he was ordained in 1997. His first position after ordination was directing the New York Kollel, a community-wide adult study program at HUC in New York. He is one of four editors of the new Reform High Holy Day prayer book, Mishkan HaNefesh, and a frequent contributor to the CCAR Journal. For two decades, Rabbi Morris has devoted himself to fostering greater opportunities for learning in Reform contexts and rethinking the place of mitzvot in the lives of liberal Jews. Leon is a contributor to Jewish Theology in Our Time: A New Generation Explores the Foundations and Future of Jewish Belief (edited by Elliot Cosgrove, Jewish Lights, 2010) and to Platforms and Prayer Books: Theological and Liturgical Perspectives on Reform Judaism (edited by Dana Evan Kaplan, Rowman and Littlefield, 2002).

Rabbi Morris currently is on the faculty of HUC in Jerusalem where he serves as the rabbi of the Year In Israel Program and an instructor in Liturgy. He is the Vice President for North American programs in Israel at the Shalom Hartman Institute. Rabbi Morris made aliyah with his family in June 2014, after serving as the rabbi of Temple Adas Israel in Sag Harbor, NY. He was the founding director of the Skirball Center for Adult Jewish Learning at Temple Emanu-El in Manhattan.

Based in Israel, Rabbi Morris will provide the vision and overall educational and strategic leadership for Pardes and work with the faculty, staff, students, alumni, donors and partners to further the organization’s mission, goals and objectives. These include developing Pardes’s short and long-term learning opportunities in Israel, North America and worldwide, growing the Pardes Center for Jewish Educators and bringing the new Pardes building to fruition.

Commenting on his appointment, Leon said, “Pardes is a Jewish spiritual and intellectual home for me, and this appointment is a homecoming. What an enormous privilege it will be to contribute to its growth and continued success. Together with an incredibly talented team, we will leverage Pardes’s resources, its students and alumni to transform the future of Jewish life.”

In a joint statement, Sherwin Pomerantz, Israel Board chair and Deborah Shapira, North America Board chair, remarked, “We are thrilled to appoint a Pardes alumnus as President of the institution. Rabbi Morris understands Pardes at its core, and articulates an exciting vision for its future. We look forward to working with him and seeing it come to life.”