The Pardes Institute of Jewish Studies, the leading non-denominational Jewish learning community, has appointed Rabbi Leon Morris as its new President effective June 1, 2017. Rabbi Morris is the first Pardes alumnus to hold this position, having studied on the Pardes Year Program in 1995-96.

Based in Israel, Rabbi Morris will provide the vision and overall educational and strategic leadership for Pardes and work with the faculty, staff, students, alumni, donors and partners to further the organization’s mission, goals and objectives. These include developing Pardes’s short and long-term learning opportunities in Israel, North America and worldwide, growing the Pardes Center for Jewish Educators and bringing the new Pardes building to fruition.

Commenting on his appointment, Rabbi Morris said, “Pardes is a Jewish spiritual and intellectual home for me, and this appointment is a homecoming. What an enormous privilege it will be to contribute to its growth and continued success. Together with an incredibly talented team, we will leverage Pardes’s resources, its students and alumni to transform the future of Jewish life.”

Rabbi Morris comes to Pardes from the Shalom Hartman Institute where he is currently Vice President for North American programs in Israel and is part of the faculty of Hebrew Union College. Rabbi Morris made aliyah with his family in June 2014 after serving as the rabbi of Temple Adas Israel in Sag Harbor, NY. He was the founding director of the Skirball Center for Adult Jewish Learning at Temple Emanu-El in Manhattan. Ordained from Hebrew Union College in 1997 where he was a Wexner Graduate Fellow, he has worked extensively with the Jewish community of India, beginning in 1990 when he served as a Jewish Service Corps volunteer for the American Jewish Joint Distribution Committee. He was also a Mandel Jerusalem Fellow. Rabbi Morris has taught at Orthodox, Conservative and Reform institutions and is a regular contributor to the Jewish, US and Israeli press. He is an editor of the new Reform High Holy Day prayer book, Mishkan HaNefesh.

In a joint statement, Sherwin Pomerantz, Israel Board Chair and Deborah Shapira, North America Board Chair, remarked, “We are thrilled to appoint a Pardes alumnus as President of the institution. Rabbi Morris understands Pardes at its core, and articulates an exciting vision for its future. We look forward to working with him and seeing it come to life.”

Rabbi Morris’s appointment has been received with much excitement from across the Jewish religious spectrum. Rabbi Ari Berman, Incoming President of Yeshiva University, congratulated Pardes, “Rabbi Leon Morris is a visionary Jewish leader who is not only an excellent teacher and sophisticated strategic thinker but also inspires others by his stellar personal example of warmth, kindness and gentility. He has a long and impressive track record of creative and thoughtful leadership in Jewish education and will lead Pardes to new levels of achievement and success in the years ahead.”

Rabbi Aaron Panken, President of Hebrew Union College-Jewish Institute of Religion also celebrated this announcement, “Rabbi Leon Morris brings together all that we wish for in our graduates: a deep love for Jewish life and tradition in all its facets, a true understanding of living intentionally and respectfully as a mensch among diverse thinkers and leaders, and an unending commitment to inspiring teaching that brings texts alive for modern Jews. In all that he has done thus far, he has met the very highest of standards and enhanced students’ lives immeasurably – Pardes is deeply blessed to have him as its leader.” 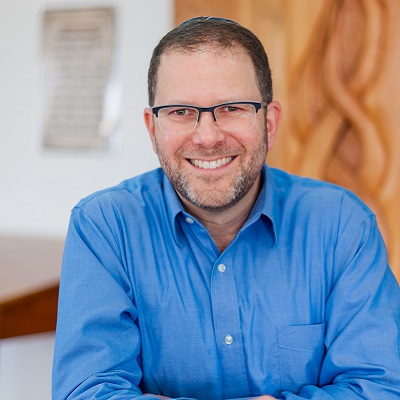 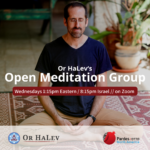