YOU ARE HERE: Testimonials » Eileen Gamzuletova 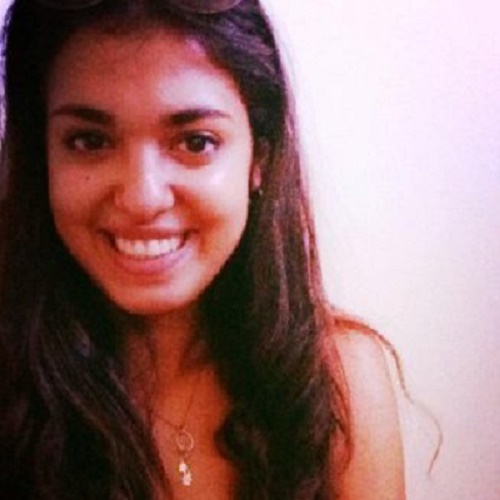 “Once I finally arrived home, after twenty seven hours travelling time, my mother asked me, “What was the best thing you gained out of your time at Pardes?” to which I answered, “a sense of belonging.”

Upon completing my formal education in a Modern Orthodox and Zionist school – Mount Scopus College – and commencing life in the “real world” of University, I started to feel
disconnected to the Jewish community in Melbourne, Australia. I tried many avenues such as taking part in Jewish social and political events through a club named AUJS, Youth Minyans and Shiurim at University, but none really gave me true satisfaction. Don’t get me wrong, I loved and still love attending these “events.” They definitely give young adults a chance to stay in contact with other Jews as well as making Jewish customs, like going to shul, enjoyable rather than looked upon as a chore.

I still felt as though something was missing. Every year since my sixteenth birthday I have taken upon myself another Jewish custom – from something as small as saying Modeh Ani (morning prayer) to not eating non-kosher meat. Before going to Pardes, I honestly believed I knew most of what there was to know about Judaism. Therefore, when it came to my 20th birthday, I saw keeping Shabbat as the only next step. This brought upon many internal conflicts. Not living in the ‘Jewish Ghetto’ any more, was I meant to compromise going to the Youth Minyan on Friday nights? – a place I had grown so fond of and was one of the main ways of saying in touch with my values, but instead go to a shul I felt no connection with and spend Saturdays staring at the four walls in my room while hearing a television blaring downstairs?

To me that is not the definition of keeping Shabbat. Shabbat should be a ‘time out’ of the week where one forgets about materialistic things and truly reconnects on a spiritual level to one’s heritage and explores and questions one’s beliefs. I take Shabbat as a time to reflect on my week, evaluate the decisions I have made and what I can do differently in the week to come in order to reach my final destination.

After months of struggle, a friend recommended looking into Pardes. I had always wanted to take part in a Jewish learning centre in Israel and Pardes fit the criteria. This year was the first year they were offering a Southern Hemisphere Program (4 weeks long), making it possible to take part despite being a University student. Pardes is situated in Talpiot, a neighborhood in Southeast Jerusalem – making living in that area an experience in and of itself.

On my first day I was greeted by fellow classmates with warm smiles who had a genuine interest in getting to know me and my story. No hidden agendas. Each person there, whether they were observant, secular, atheist or just confused, had a yearning to expand their Jewish knowledge and learn from other peoples experiences/life stories. I very quickly learned that Pardes was a place that respected people’s diversity of perspectives resulting in honest, dynamic and constructive conversations in and out of class.

Within the first week I was already invited for all the upcoming Shabbat meals. Spending Shabbat in Jerusalem was undoubtedly one of the most memorable experiences. I got to know my classmates out of a studying environment and keep Shabbat in a way I had always dreamed of. We sang songs, did not stop eating, played games, had great intellectual conversations and at the same time forgot about the world lurking beyond the windows till neighbors came and told us to quieten down.

Every day consisted of a morning class of either Chumash or Talmud followed by electives including Women and Mitzvot, Modern Jewish Thought, Relationships, Halacha, Chassidut and much more. Most classes were comprised of studying together as a class and then breaking off into small chavrutot (studying together in pairs/small groups); giving students a chance to get to know their classmates on a more personal level and build friendships. My chavruta in Chumash consisted of an Australian, British and American which made it all the more interesting and exciting. You build a sort of routine together and get to know each other’s weaknesses and strengths – allowing you to push each other towards your highest potential.

All the classes were intellectually stimulating, encouraging me to expand my knowledge not only in Judaism but worldly knowledge as well. In spite of being a fluent Hebrew speaker, I improved my Hebrew skills and my personal ability to learn Torah. Despite still not having answers to all my questions, my time at Pardes has undeniably been the most influential experience in regards to my views and understanding of Judaism and has added value to my life to a great extent. I have gained a network that I can always rely on whenever I am in need, and a community that shares the same values and love for Judaism as I do. Most, if not all, the teachers lead an orthodox lifestyle, however, I never felt embarrassed or uncomfortable and my time there gave me a chance to explore and grow without feeling pressured in terms of religious observance.

Whether you are a person who is lost spiritually, emotionally or physically, or is learned in all aspects of Judaism, I would highly recommend studying at Pardes. I can guarantee that no matter one’s background, there will one hundred percent be something positive and uplifting to gain.”