YOU ARE HERE: Testimonials » Derek Kwait 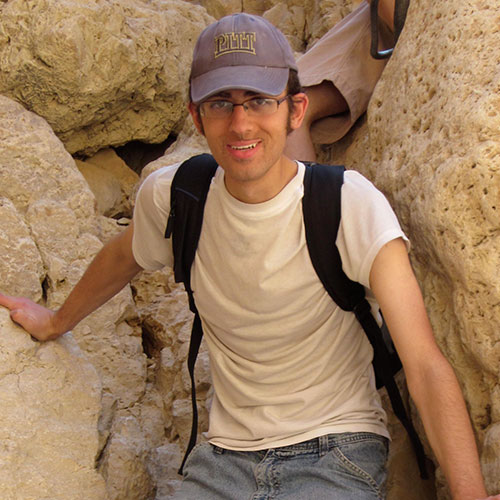 “The City of David tour was incredible: We saw places straight from the Bible, sloshed through Hezekiah’s Tunnel and walked part of the way up the steps leading from the communal well to the Temple. It’s so hard to fathom that Jerusalem is a real place, that I’m actually standing in that place I constantly read about in prayers and psalms, that when a teacher says ‘right over there in the Temple’ they actually mean right over there…”

“I really don’t think any other yeshiva in the world provides its students with such a wide-range of views, then leaves it up to them to decide whose side, if any, they take. This is what I love so much about Pardes — students’ intelligence is respected; no one ever tells you how to think or what to feel. They believe the Jewish tradition can speak for itself on its own terms, so they provide the education and allow you to ask questions and draw your own conclusions.”

“The Pardes beit midrash seems so much like a dream of Jewish unity, it’s sometimes hard to believe it’s real. Where else do guys in kippot and tzitzit and girls in tank-tops and shorts learn in havruta as equals?”