Take a deep dive into the art of crafting and facilitating an interactive text study for adult learners!

While many fine institutions exist to teach Torah to the next generation of Jewish leaders, rarely are these scholars taught how to teach the Torah that they have learned. Despite the lack of teacher training, Jewish professionals are simply expected to be able to teach Torah well.

We believe that a significant increase in the number of highly-trained Torah teachers has the capacity to radically change the Jewish community’s relationship to its spiritual and intellectual heritage. Through this teacher training bootcamp, we aim to significantly improve the quality of adult Jewish education in the North American Jewish community.

Kevah has years of experience running adult learning groups nationally and has developed a unique model for adult education that harnesses the power of a decentralized, interactive, conversational approach. Kevah’s model allows the educator to act as both a content expert and – equally important – a skilled facilitator in the creation of a “group havruta.”

The Pardes Center for Jewish Educators has years of experience training both classroom teachers and experiential educators. PCJE’s singular teacher training brand fuses the acquisition of Jewish text content with the cultivation of excellent and progressive teaching techniques.

Participate in the Pardes-Kevah Adult Educators Bootcamp this winter and transform the way you teach Jewish texts!

PLEASE NOTE: The Pardes-Kevah Adult Educators Bootcamp is geared towards individuals who have not taken part in the two-week Pardes-Kevah Teaching Fellowship, and is certainly a good fit for those who might want to participate in the full two-week Fellowship in the future.

Rabbinical students, graduate students, and Jewish educators with strong backgrounds in Jewish learning are encouraged to apply. NOTE: The Pardes-Kevah Adult Educators Bootcamp is geared towards individuals who have not taken part in the two-week Pardes-Kevah Teaching Fellowship, and is a good fit for those who might want to participate in the full two-week Fellowship in the future.

Cost per participant: $180; covers the cost of all programming and includes daily kosher lunch and snacks.

Rabbi David Kasher – David Kasher serves as an Associate Rabbi at IKAR, a non-denominational, progressive spiritual community in Los Angeles. He received his BA in Political Science at Wesleyan University, holds a J.S.D. from Berkeley Law, and received Rabbinic Ordination at Yeshivat Chovevei Torah. Rabbi Kasher grew up bouncing back and forth between the Bay Area and Brooklyn, hippies and hassidim – and has been trying to synthesize these two worlds ever since. He was part of the founding team at Kevah, where he worked from 2012 to 2018 and developed the Kevah Teaching Fellowship. He has served on the faculty of Berkeley Law, the Wexner Heritage Program, Reboot, and BINA, and has also taught at Pardes, SVARA, The Hartman Institute, Dorot and various Limmuds. Rabbi Kasher is a teacher of nearly all forms of classical Jewish literature, but his greatest passion is Torah commentary, and he spent the last five years producing the weekly ParshaNut blog and podcast, exploring the riches of the genre. 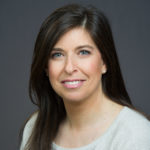 Dr. Julie Lieber – Julie is a Jewish educator with many years of experience in both academic and community-based settings. At Kevah, where she served as Interim Executive Director and Director of Education, Julie trained Rabbis and educators in the pedagogy of conversational adult education. After receiving her PhD in European history with a focus on Jewish women, gender and sexuality, Julie moved to Colorado, where she was a professor of Jewish Studies for many years. In addition to her work with Kevah, Julie has taught for the Wexner Heritage Program, the Melton program, the Colorado Agency for Jewish Education and is a frequent guest lecturer throughout the Denver Jewish community. Previously, Julie lived on the East Coast where she was a founding board member of the partnership minyan Darkhei Noam and studied and taught classes at the Drisha Institute for Women. 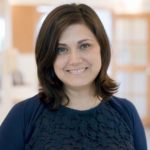 Aviva Lauer Golbert is the Director of the Pardes Center for Jewish Educators. She majored in Jewish Studies at Yeshiva University’s Stern College for Women, and earned a Masters degree in Midrash at the Schechter Institute of Jewish Studies. Aviva is a Jewish educator with over twenty years of experience in curriculum development, classroom teaching, school administration and educational consulting. Upon making Aliyah in 1996, Aviva developed formal and informal educational materials for Melitz and at the Leo Baeck Education Center, where she also gained experience in teaching pluralistic Judaism. She then served as the head of the department of Jewish Studies at Immanuel College, London. Working at the Pardes Center for Jewish Educators since 2009, Aviva has been a teaching coach, director of recruitment, director of the Summer Curriculum Workshop, and Assistant Director of PCJE before taking on her current role in 2017. 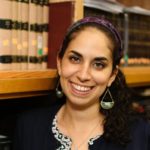 Rabba Shani Gross is the Director of North American Programs at the Pardes Institute of Jewish Studies. Shani most recently served as Pardes’s Assistant Director of Education NA. Shani earned rabbinic ordination from Yeshivat Maharat, is a Wexner Graduate Fellow/Davidson Scholar (Class 29), and a former Hillel Fellow for Rabbinic Entrepreneurship (OOI). Shani was the Director of the Silicon Valley Beit Midrash, a center of learning on the West Coast that empowers Jewish people of all backgrounds to study classic Jewish texts in a pluralistic, warm and intellectually challenging environment. When not teaching, Shani can usually be found with her husband Chaim, chasing after their two beautiful sons, Elan and Navon.

Participants are responsible for finding their own housing.