Our Jewish tradition upholds the principle that constructive disagreement for the sake of heaven (Mahloket L’Shem Shamayim), is not only imperative but the holy work needed to repair what can feel like irreconcilable differences that permeate within our Jewish communities. Guided by the belief that Jewish texts and their diverse interpretations can empower us to engage more constructively in disagreements today, Pardes is happy to introduce the inaugural RA Educational Leadership cohort of the Mahloket Matters Fellowship. 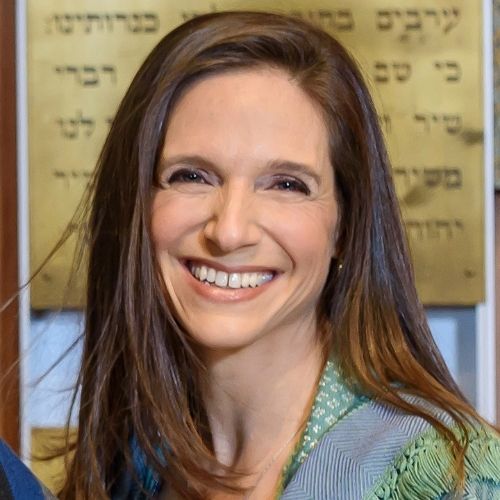 Rabbi Rachel Ain
Rabbi Rachel Ain has been the Rabbi at Sutton Place Synagogue in Midtown Manhattan since 2012. She is an active member of the larger community, by participating in the Partnership of Faith in NYC, an interfaith gathering of clergy, by sitting on the Executive Council of the NY Board of Rabbis and the Board of UJA Federation, and as the co-chair of the Rabbinic Roundtable of AJC NY. She lives on the East Side of NYC with her husband, Rabbi Dave Levy, and their two sons. 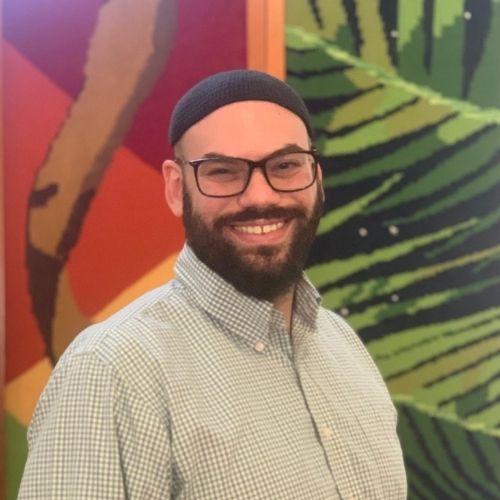 Rabbi Natan Freller
Rav Natan Freller is the spiritual leader at Congregation Etz Hayim in Arlington, VA. A native of São Paulo, Brazil, Rav Natan received ordination at the Ziegler School of Rabbinic Studies, where he received the prize for Academic Excellence in Rabbinic Literature. Rav Natan studied to become a shochet in Israel and later became the head mashgiach for the American Jewish University and Camp Ramah in California. His rabbinic work is informed by his background in business administration, marketing, entrepreneurship, and nonprofit management, in addition to his experience staffing youth groups and summer camps. 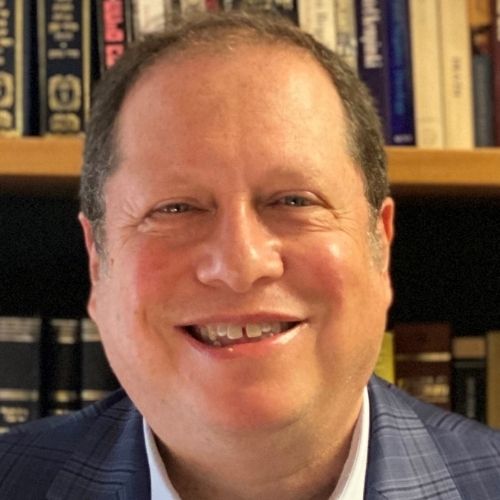 Rabbi David Gedzelman
Rabbi David Gedzelman is President & CEO of The Steinhardt Foundation for Jewish Life, which is dedicated to revitalizing Jewish identity by reaching out to all Jews, especially those who are on the margins of Jewish life, through innovative initiatives that build connections with the richness of Jewish civilization, the Hebrew language, and the life and culture of Israel. He holds a B.A. from Hamilton College, an M.A. from Duke University in Comparative Religion, and Rabbinical Ordination from the Reconstructionist Rabbinical College. He serves on the Boards of the Pardes Institute of Jewish Studies, North America, the Council for Hebrew Language and Culture, and OneTable: Shabbat Together. He lives in Harlem, New York City, with his wife Judith Turner and their three children, Nomi, Anina and Ziv. 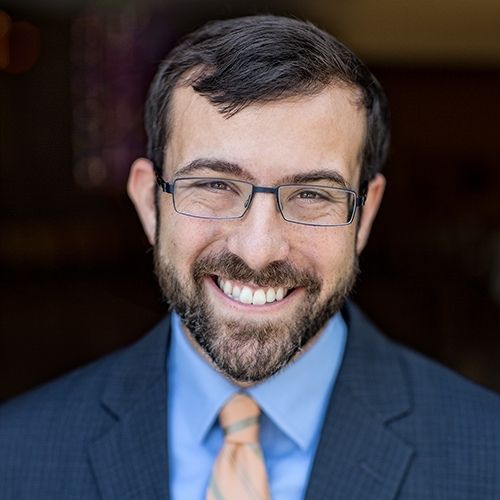 Rabbi Ari Kaiman
Ari Kaiman is a proud graduate of the Ziegler School of Rabbinic Studies (Class of 2011). He served first as Rabbinic Intern, then assistant Rabbi of Congregation B’nai Amoona in St. Louis. In 2016, he began his service as the Rabbi of Congregation Shearith Israel in Atlanta, where he still serves. Rabbi Kaiman loves just about everyone, losing himself in the midst of a group of voices singing in harmony, a good text to study with a friend, and finding ways to make a difference in the world. Ari and his wife, Emily, are raising four children who love making life interesting for the whole family. 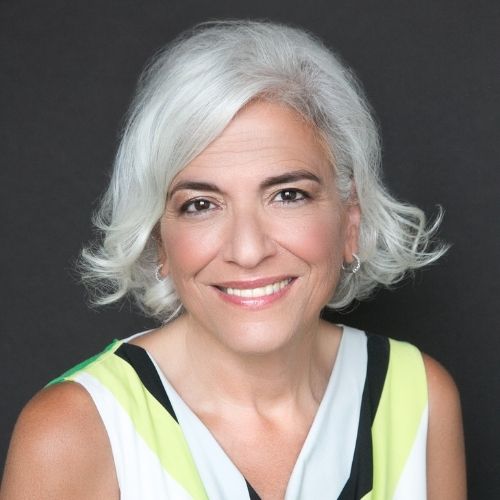 Rabbi Amy Wallk Katz
For all of Amy Wallk Katz’s rabbinic career she has been involved with the Melton School, as both a school director and as a teacher. Since 2008 Amy has been the rabbi at Temple Beth El in Springfield MA. Recently she completed the Rabbinic Leadership Institute of the Hartman Institute. This is her first time studying at Pardes and she is excited! 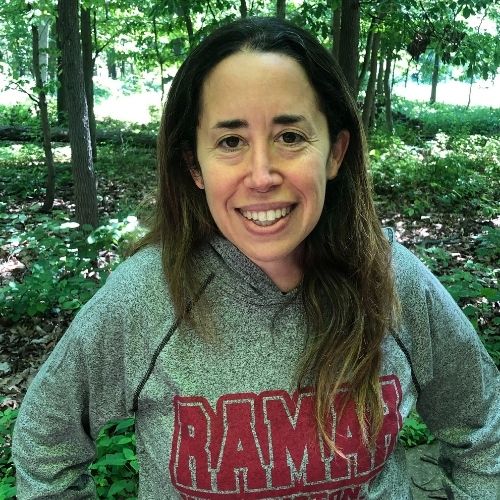 Rabbi Jill Levy
Rabbi Jill Levy became the first full time Director of Ramah Day Camp Greater DC in September 2019. She joined Ramah New England after five years as Rabbi at the Evelyn Rubenstein JCC in Houston. Prior to her position at the Houston JCC, Rabbi Jill was Director of Congregational Learning at Herzl-Ner Tamid in Mercer Island, WA. Rabbi Jill received her ordination from the Jewish Theological Seminary in 2011. While in rabbinical school, she was a Wexner Graduate Fellow and served as student rabbi in several different congregations. Rabbi Jill also earned a bachelor’s degree from the University of Washington and a Master of Public Administration from Columbia University. She currently lives in Silver Spring with her husband, Matt, and two daughters, Nava and Miri. 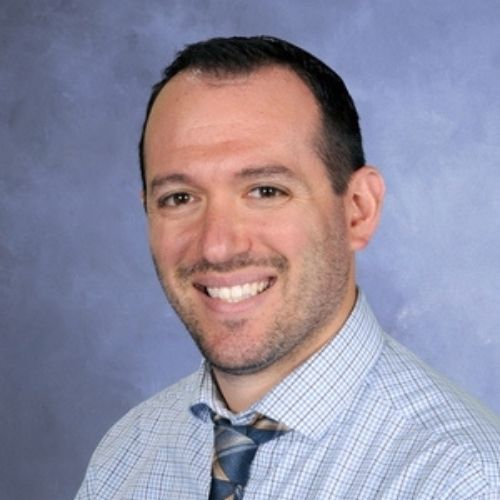 Rabbi Micah Liben
Rabbi Liben has been teaching in formal classrooms and informal settings for two decades. As a Schechter Residency in Educational Leadership fellow, Rabbi Liben served as Director of Jewish Life and Learning at Kellman Brown Academy in Southern New Jersey, where he was also a volunteer chaplain at New Jersey State Prison. Rabbi Liben became certified for International Baccalaureate teaching while serving as Jewish Life Coordinator at Schechter in Bergen County. Rabbi Liben is excited to bring Mahloket Matters programming to the Gerrard Berman Day School community, in Oakland, NJ, where he is currently the Rabbi in Residence. Rabbi Liben lives in Teaneck with his wife, Deborah, and their children, Dov, Lev and Meirav. 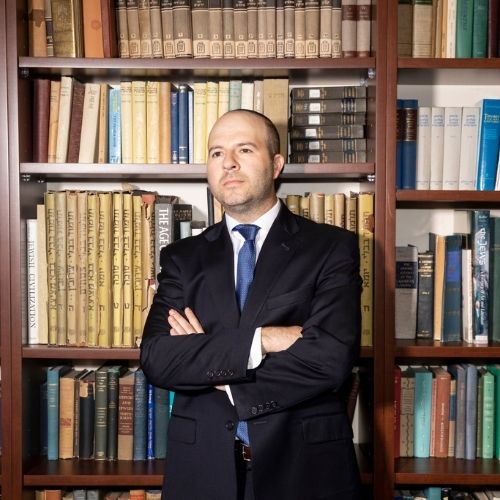 Rabbi Avi Olitzky
Avi Olitzky is a senior rabbi at Beth El Synagogue in St. Louis Park, Minnesota. He is particularly interested in making Jewish learning and engagement accessible to all backgrounds, levels and interests. He is deeply involved in local and national politics–and when not engaged in advocacy, can be found skating around on a frozen sheet of ice with his four children. 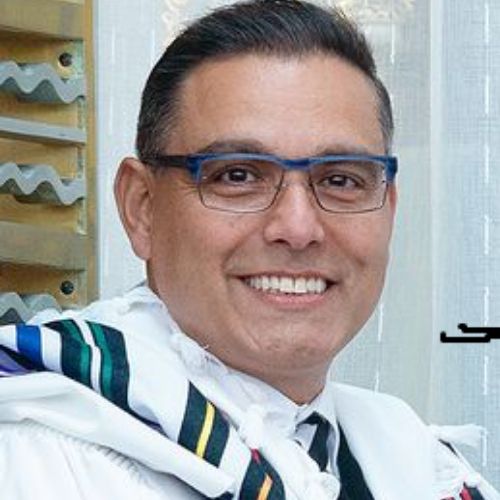 Rabbi Carnie Rose
Rabbi Carnie Shalom Rose, has lived, studied, and taught throughout the world, including professional stints in Canada, Israel, the Far East, and Europe. He is married to Pauline and they have four wonderful children, known as the “The Rose-Buds”, Noa, Zakai, Lev & Ellior. Deeply committed to coexistence and pluralism, Rabbi Rose continually strives to find innovative ways to make Jewish Tradition existentially relevant for contemporary seekers. He is a dynamic and passionate teacher & preacher, and strives to bridge the ways of the past with the needs of the present for the sake of the future. 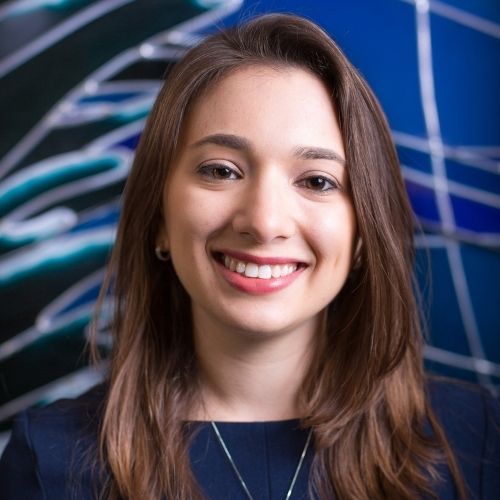 Rabbi Sydni Rubinstein
Rabbi Sydni is currently the Rabbi of Congregation Agudath Achim, a small Conservative synagogue in Shreveport, Louisiana. Originally from Agoura Hills, CA, she has served as a spiritual leader and teacher at Jewish organizations such as Ohr Shalom Synagogue (San Diego, California), IKAR (Los Angeles), and B’nai B’rith Camp (Neotsu, Oregon). Rabbi Sydni earned her Bachelor of Arts in Music from Swarthmore College and received her ordination and Master of Arts in Rabbinic Studies from the Ziegler School of Rabbinic Studies. Between degrees, she spent two years engaging in an intensive exploration of Jewish text at the Pardes Institute of Jewish Studies in Jerusalem. Rabbi Sydni especially enjoys teaching, learning, reading, and writing about Jewish approaches to self-care, the status of women in Jewish law, and Biblical notions of the love of God. When she is not at Agudath Achim, you may find her practicing yoga, playing piano, or spending time with her husband Rabbi Feivel and two dogs Buddy and Jax. 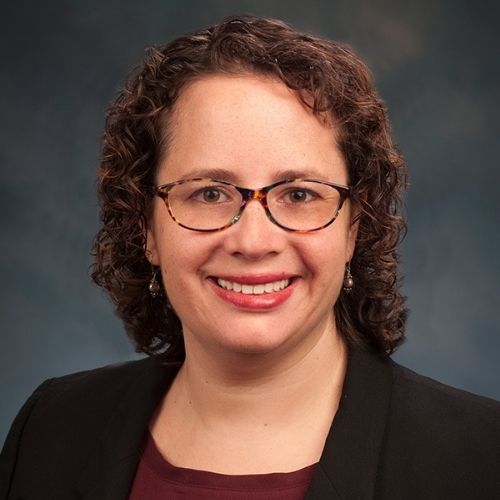 Rabbi Abbi Sharofsky
Rabbi Abbi Sharofsky is the Director of Intergroup Relations/JCRC Rabbi in Residence at the Jewish Community Relations Council of Greater Washington. She works with faith community partners throughout the region, focusing on building interfaith alliances, creating and supporting racial justice initiatives, and representing the Jewish community in interfaith spaces. She studied at the Jewish Theological Seminary, earning a Master’s degree from the Davidson School of Jewish Education and was ordained in 2012. She currently serves on the Executive Council of the Rabbinical Assembly and co-chairs the Gender & Power committee. Rabbi Sharofsky in Silver Spring, MD with her husband and their two children.