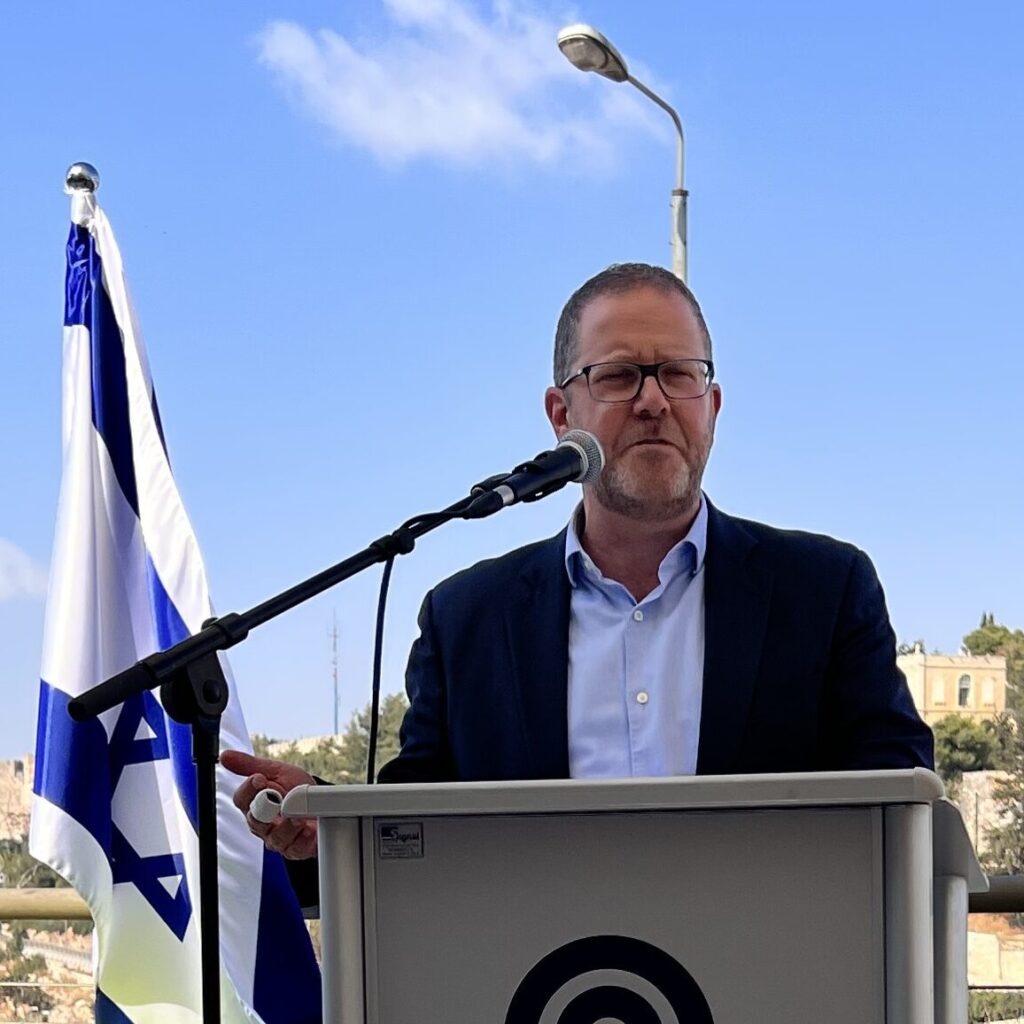 One of my favorite rabbinic texts is the description found in the Mekhilta d’Rabbi Ishmael of the way in which Moshe remembers to take the bones of Joseph with him as the children of Israel escape from Egypt.

The midrash offers a vivid visual description of two aronot – arks – being carried side by side for 40 years as the children of Israel make their way to the land of Israel. In one ark are the luchot habrit (the 10 Commandments). In the other are Joseph’s bones.

Usually, I teach this text to explore what it means to be a living embodiment of Torah. The midrash says that what is written in one ark was fulfilled in the life of the one whose bones rest in the other ark. Today, as we mark a half-century of Pardes, I want to think about that text in another way:

How might we hold on to our past in a way that helps us to move forward?

The image of the midrash runs counter to how we usually think about what it means to hold on to the past. Holding onto the past usually means being stuck in what already happened and not being able to move past it.

But for the children of Israel, holding that ark with Joseph’s bones is a kind of embracing of the past which helps them to proceed, that leads them to new realities, that allows them to be transformed into a nation, and that enables them to reach the promised land.

Like the children of Israel holding on to Joseph’s bones, our past will the impetus to move forward, to embrace the opportunities of new realities and to serve as a basis for our own transformation.

How might we hold on to and carry the past in ways that lead us forward?

For the past nine months, Pardes has been developing a three-year strategic plan as a road map of where we want to be in 2025 and beyond.

As we think about the five decades of Jewish learning marked by openness, passion, Jewish knowledge and inclusivity, our mission has never been more relevant and necessary to the long-term sustainability of the Jewish people than it is now.

We are committed to a future that allows us to serve greater numbers of students in both our immersive and short-term programs. Through Pardes North America, we will work with partner organizations to raise the level of Jewish knowledge among all volunteer lay leaders and to foster the “beit midrashification” of Jewish life – where study is increasingly the way that Jews connect to their tradition and to one another.

We want to invest far more in our alumni from every Pardes program, a community of 7,000 people able and ready to deepen their own Jewish lives and to transform the communities of which they are a part.

Our future is one in which Pardes Torah reaches farther and wider in the marketplace of ideas.

And like the children of Israel holding onto Joseph’s bones, our future is one in which we too come home, to a new and fully-activated world-class facility, Beit Karen, which serves as a destination for locals and visitors alike.

The second key for holding onto the past in ways that allow us to move forward is by acknowledging how different our destination is from anything we’ve experienced in the past. For the children of Israel, the contrast between Egypt and the land of Israel could not have been more pronounced. Egypt was fertile with an endless supply of water. The land of Israel is dependent upon God’s blessings for water. In Egypt we were dominated and exploited. In the land of Israel we are called to use our strength and power to build an ideal society where no one is exploited.

Jewish life in the Diaspora has changed significantly since 1972.

When we consider our next 50 years, the nature of Jewish identity will be quite different than it currently is. The future will include far more hybridity and fluidity in Jewish life. The denominational framework of the past 150 years will likely be transformed. A numerical increase in both the Haredi population and those who define themselves as Jews of no religion will widen the gulf within the Jewish community. The majority of Jews throughout the world will live in Israel, something that has not been the case since the days of the Second Temple. While our Year-Long Immersive programs will certainly continue to be the signature offering of Pardes, our commitment to learning will increasingly need to adapt and expand to these new realities. Our destination will be so different from our original place of departure. Acknowledging that enables us to move forward.

Our Board members who are educated, engaged and activated around optimally supporting the organization.

Our dedicated and indefatigable staff whose hard work and long hours are compensated mainly by witnessing how their work transforms the lives of our students.

Our incredibly talented, knowledgeable and sensitive faculty – past and present – who teach and inspire, and whose love for Torah is matched only by their love for their students.

And of course, our supporters who make all of this possible.

Planning for our future requires greater financial resources than Pardes has ever had. The investment of our donors enables us to reach more students, to deepen their sense of belonging and commitment to Jewish life, and to cultivate a love for our texts and tradition.

Finally, our students and alumni whose counter-culture decision to enter into our Beit Midrash is building a stronger, more educated, more vibrant Jewish life around the world.

Let’s carry these bones with us.

Let’s grasp onto this ark and march toward the future with the roadmap we have carefully laid out.

Let’s prepare ourselves for new and unfamiliar realities that lie ahead.

And let’s continue to lend our strength to carry the past half-century with us as we venture toward our next 50 years. 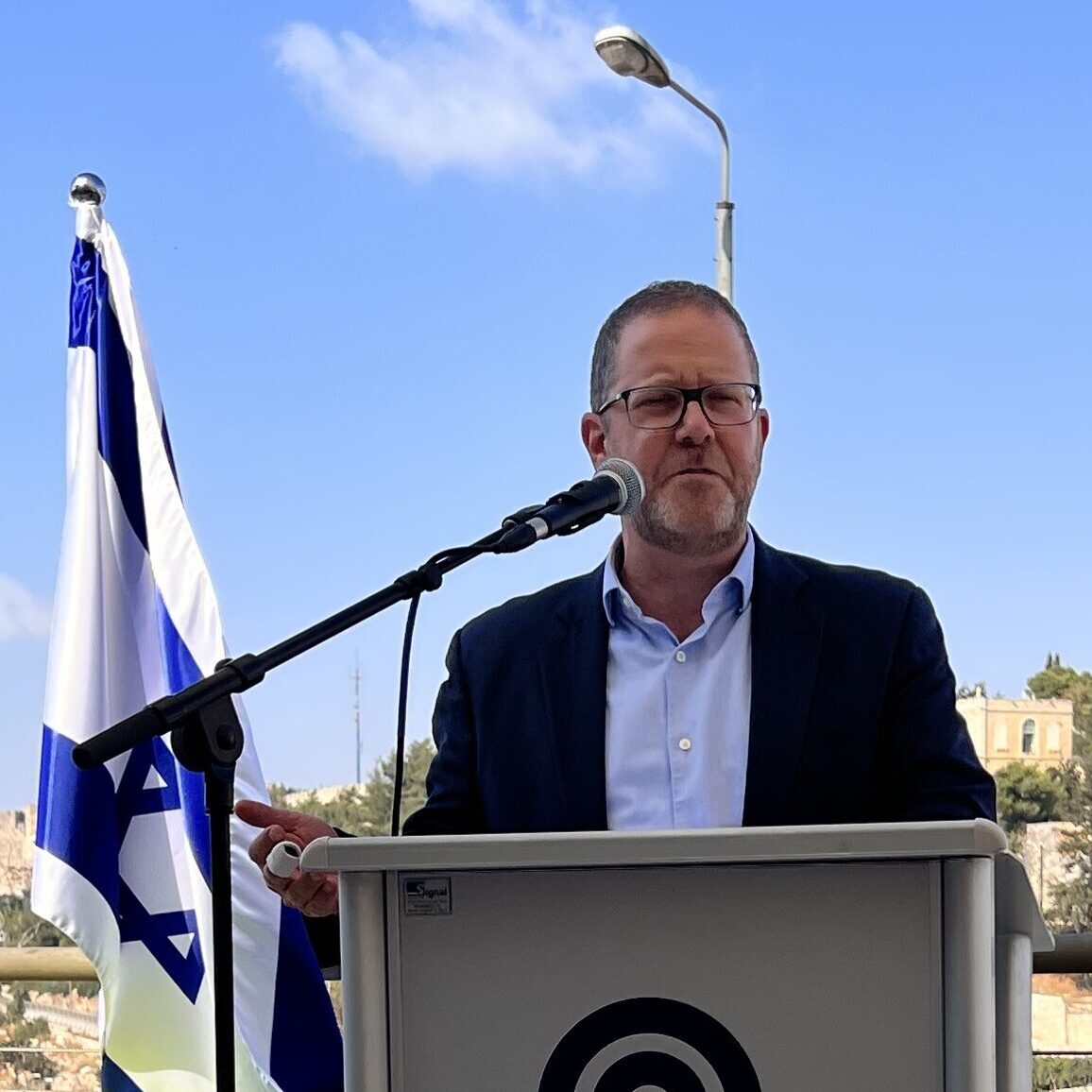