YOU ARE HERE: News » In Memory of David H. Woldenberg, M.D.

In Memory of David H. Woldenberg, M.D., who devoted his life to his family, the pursuit of knowledge both secular and Judaic, and the betterment of others through his tireless commitment to the practice of medicine.

Dr. David Woldenberg was born and raised in Brooklyn, N.Y. He went to Yeshiva Torah Vdas where he graduated first in his class, and graduated from Yeshiva University in 1953. He went on to get a Master’s degree in Chemistry at Columbia University and then attended the Chicago Medical School, where he received his M.D. in 1958. He subsequently did his internship and medical residency at the Beth Israel Hospital in New York City. He then went on to a Fellowship in Cardiology at the Mount Sinai Hospital. After completing his training, he served as an attending physician at both institutions.

While developing his clinical practice, Dr. Woldenberg served as a medical and cardiology consultant for the teenage service at Beth Israel, a consultant for the Workman’s Circle, the ‘New York Association for New Americans (NYANA), and the Bialostocker Nursing Home.

After retiring from clinical practice, Dr. Woldenberg joined the Science Education Faculty at the Zucker School of Medicine at Hofstra Northwell as an Assistant Professor teaching second-year medical students EKG interpretation and giving teaching rounds in the CCU with the trainees at Lenox Hill Hospital.

Dr. Woldenberg, and his wife of 64 years, Rita, belong(ed) to Congregation Kehilath Jeshurun in Manhattan for 52 years. His daughters went to the Ramaz school, as did his son-in-law, Reuben Askowitz. His daughter, Rona, and son-in-law Reuben were taught World History at Ramaz by Dr. David Bernstein, Dean of Pardes. Dr. Woldenberg’s grandchildren attended The Heschel School and The North Shore Hebrew Academy. 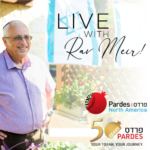