Our Jewish tradition upholds the principle that constructive disagreement for the sake of heaven (Mahloket L’Shem Shamayim), is not only imperative but the holy work needed to repair what can feel like irreconcilable differences that permeate within our Jewish communities. Guided by the belief that Jewish texts and their diverse interpretations can empower us to engage more constructively in disagreements today, Pardes is happy to introduce the inaugural Educational Leadership cohort of the Mahloket Matters Fellowship. 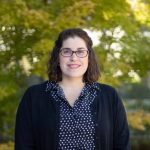 Rachel Dingman
Rachel is a Director of Jewish Enrichment for BBYO International. She works to enrich the Jewish identities of BBYO’s teens by guiding them to build meaningful, innovative experiences rooted in Judaic content. She has her B.A from Allegheny College in Philosophy and Psychology and her M.A in Organizational Leadership and Non-Profit management from Quinnipiac University, as well as a certificate in Jewish Experiential Education from the Pardes Institute of Jewish studies. You can often find Rachel on the roller derby track, outside enjoying nature, or trying out a new recipe in her kitchen! 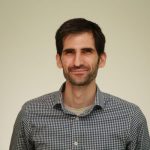 Rabbi Sam Englender
Rabbi Sam Englender is the Michigan Regional Outreach Director at the One America Movement. Sam has always been passionate about relationship building and before joining One America, Sam was the Community Outreach Manager for the Jewish Community Relations Council (JCRC)/AJC in Metro Detroit. Sam has semikha from YCT Rabbinical School and is a proud alum of the Pardes Year Program. Sam is a Michigan native who lives in Oak Park with his incredible wife and two daughters. 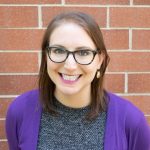 Rachel Hillman
Rachel Hillman is the Assistant Director of Northwestern Hillel. Prior to moving to Chicago, Rachel lived in Washington, DC for nine years, where she worked at BBYO on a local and national level. Rachel is a proud alumnus of Brandeis University, where she double-majored in Near Eastern & Judaic Studies and History. Rachel holds an MBA from Indiana University and a Master’s in Jewish Education from Hebrew College. A breast cancer survivor, Rachel serves on the Sharsheret National Next Gen Advisory Committee and as an advisory board member for Northwestern’s chapter of Camp Kesem. 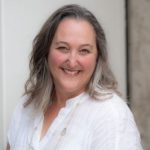 Lisa Langer
Lisa Langer, RJE serves as an educational leader at the Union for Reform Judaism and Hebrew Union College-Jewish Institute of Religion (HUC-JIR). She has served the Bureau of Jewish Education of San Francisco and Congregation Beth Am in Los Altos Hills. Lisa earned her BA from the University of Wisconsin – Madison, her MA in Jewish Education, MA in Jewish Communal Service and Honorary Doctorate in Jewish Religious Education from HUC-JIR. Lisa has served as a board member for the Association of Reform Jewish Educators, Gideon Hausner Jewish Day School, HUC-JIR School of Education Alumni Association. Lisa lives in Menlo Park, CA with her husband, Dan K. Siegel and their teenage sons. 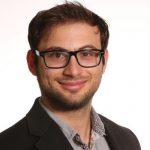 Rabbi Daniel Levine
Rabbi Daniel Levine is the Senior Jewish Educator for Orange County Hillel and the Rabbinic Fellow at Temple Beth Tikvah. Growing up in San Diego, Daniel attended school at UCLA studying Jewish Studies and Cognitive Science. Daniel also studied at YPS rabbinical school, living in Israel for two years along the way. During the last year of rabbinical school, Daniel also completed his Master’s in Jewish history. Daniel’s educational mission is to show students the beauty, nuance, and relevance in Jewish history and tradition. When not excitedly talking or writing about Talmud, Jewish history, or Israel you can find Daniel somewhere outside rock climbing. 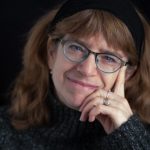 Rabba Claudia Marbach
Rabba Claudia Marbach is the Director of Teen Beit Midrash of Hebrew College, a Talmud focused after-school. She teaches a variety of adult classes including Daf Yomi and Hasidut. Rabba Claudia has semicha from Yeshivat Maharat and chaplaincy training from Hebrew Senior Life. She taught Rabbinics at JCDS Boston for fifteen years. Rabba Claudia lives outside of Boston with her family. 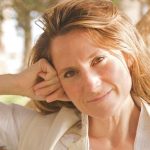 Rabbi Lori Shapiro
Founder of Open Temple in Venice, CA, Lori’s rabbinate is dedicated to reaching unaffiliated and intermarried families and seekers. Previously the Director of Jewish Life and Senior Consultant for Interfaith Relations and Outreach at the University of Southern California Hillel, Lori’s transdenominational rabbinate was informed by her studies at the American Jewish University, years living in Israel studying within an Orthodox Jewish framework and graduation from both the Academy for Jewish Religion/California (MA in Rabbinics) as well as the Reconstructionist Rabbinical College (MA in Jewish Studies). Rabbi Lori is a member of the Board of Rabbis of Southern California and the Sandra Caplan Beit Din. She and her husband, Dr. Joel Shapiro, live in the Venice canals with their two daughters and Labradoodle. 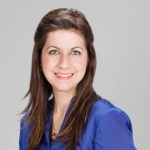 Malka Z. Simkovich
Dr. Malka Z. Simkovich is the Crown-Ryan Chair of Jewish Studies and the director of the Catholic-Jewish Studies program at Catholic Theological Union in Chicago. She is the author of The Making of Jewish Universalism: From Exile to Alexandria (2016), and Discovering Second Temple Literature: The Scriptures and Stories that Shaped Early Judaism (2018), which received the 2019 AJL Judaica Reference Honor Award. Simkovich’s articles have been published in journals such as the Harvard Theological Review and the Journal for the Study of Judaism, as well as on online forums such as The Lehrhaus and the Times of Israel. She is involved in numerous local and international interreligious dialogue projects which help to increase understanding and friendship between Christians and Jews. 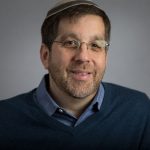 Rabbi Ron Symons
Rabbi Ron Symons is the founding director of the Center for Loving Kindness and Civic Engagement at the Jewish Community Center of Greater Pittsburgh, where he serves as Senior Director of Jewish Life. Rabbi Symons was ordained by Hebrew Union College and has served synagogues and Jewish schools in Pittsburgh, New York, South Carolina, Massachusetts, and Israel. Ron works collaboratively to build relationships among interfaith spiritual leaders and to connect communities of faith to today’s most pressing issues, as they seek to “redefine neighbor from a geographic term to a moral concept.” 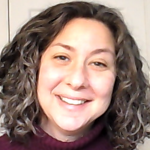 Judith Talesnick
Judith Talesnick has been collaborating with Jewish educators since helping her mother teach Israeli dancing in her early teens. As an adult, her focus shifted to learner-centered instruction in day schools/yeshivas by supporting educators to listen carefully, notice patterns and create engaging learning experiences that spark learners’ curiosity and promote respectful dialogue. Judith lives in White Plains, NY with her family.