YOU ARE HERE: Events » Hanan Harchol – Harnessing the immense power of Humility!

Harnessing the immense power of Humility!

Jewish Food For Thought: The Animated Series is a free, online animated series that teaches Jewish ethics and values through engaging and thought-provoking animated conversations between Hanan Harchol and his parents.

This workshop will focus on one episode which looks at Humility. After screening the episode, the creator of the series, Hanan Harchol, will use the animation and accompanying study guide to fuel lively conversation on the topics rooted in deep Jewish teachings.

Jewish Food for Thought: the Animated Series is created with generous funding by The Covenant Foundation with fiscal sponsorship by FJC.

About the Guest Speaker:
Hanan Harchol is the creator, writer and animator of Jewish Food For Thought, a free online animated series for adults and teens that teaches Jewish ethics through thought-provoking conversations between Harchol and his Israeli parents (whose voice he impersonates). His work has been broadcast nationwide, including on Channel 13, Jewish Life TV, Shalom TV, the NY & SF Jewish Film Festivals, and at the Hebrew Union College Museum, where Harchol had a solo, catalogued exhibition which subsequently traveled around the country. Hanan Harchol’s work is generously funded by The Covenant Foundation with Fiscal Sponsorship by FJC, and can be seen at www.JewishFoodForThought.com. Harchol recently released his first dramatic feature film, entitled About a Teacher, which he wrote, directed, and produced, based on his experience teaching filmmaking to inner-city public high school students. In addition to his artwork, Harchol is also a professional classical guitarist, who has broadcast solo recitals on WQXR, New York, and has recorded eleven best-selling CDs. Harchol lives in New York City with his wife and two sons. www.hananharchol.com. 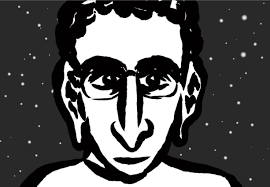