Berakhot 45a – A Unifying Response

This is an excerpt from Rabbi Levi Cooper’s Relics for the Present. This section focuses on Berakhot 45a – A Unifying Response. To purchase Levi’s books please visit Koren Publishers online.

When a person responds to a blessing by saying amen, our sages tell us that the respondent’s voice should not be louder than the voice of the one who recited the benediction (B. Berakhot 45a). This rule is adduced from the biblical verse Declare the greatness of God with me and let us exalt His name together (Psalms 34:4). “With me” is understood to mean – equal to me. The voice of the respondent should be equal to the voice of the one who declared the greatness of God by reciting a blessing (Ritva).

Elsewhere in the Talmud, we seem to find a different approach. Our sages tell us that if someone responds to the Kaddish prayer loud and clear with all his might, pronouncing “Amen, may His great name be blessed forever and ever,” then if there was an evil decree against him in heaven, it is torn up. The merit of a response that is “with all his might” counters whatever heavenly verdict has been rendered against him. Moreover, even if he is tainted by a trace of idolatry – a most grave sin – he is forgiven as a result of his Kaddish response. The Talmud continues by lauding even the seemingly negligible one-word amen response to blessings. The gates of the Garden of Eden in the World to Come are opened to anyone who answers amen with all his might (B. Shabbat 119b).

One commentator vividly explains the significance of the open gates for the spirit that leaves the body upon death. In normal circumstances the soul of a deserving person arrives at the Garden of Eden, and only then are the gates opened. For amen responders who answer with all their might, the gates are opened as soon as their souls begin the journey from this earthly world toward the Garden of Eden. The soul perceives the gates being opened from a distance and gains significant satisfaction from knowing that it has merited entering without hesitation (Ben Ish Hai).

The value of an amen response may be reflected in the meaning of the word “amen,” which is an affirmation of the blessing just said. Moreover the word may be understood as an acronym for El melekh ne’eman, meaning “powerful God, trustworthy King” – an affirmation of the Almighty’s sovereignty and trustworthiness. According to one commentator, every time we respond by saying amen we should meditate on the meaning of this acronym (Tosafot).

Let us return to the phrase “with all his might” – what does that mean? Some commentators explain that the response to Kaddish should be said as loudly as possible (Ri). Such a thunderous pronouncement is said in order to focus ourselves and indicate that we are devoting our entire being to blessing the Almighty (Ritva).

How loud should we say “Amen, may His great name be blessed forever and ever”? One authority limits the volume of the response. There is no need to answer with such a loud voice that others present will laugh (Rabbeinu Yona Gerondi). While such a booming response may be well-intentioned, it may in fact cause others to sin (Mishna Berura).

This limitation – so that others will not laugh – is a far cry from the aforementioned restriction of the volume to no louder than the one who recited the blessing. Perhaps in consideration of the more limited volume restriction, other authorities understand “with all your might” to be referring to power of concentration rather than volume. A person should respond to the Kaddish with the utmost attentiveness (Rashi).

What is the reason that a volume restriction is placed on the amen respondent? We recall that one opinion advocates shouting the response in order to increase our concentration. Another opinion states the exact opposite, namely that the volume restriction is designed to facilitate our focus on the previous words. Since we must listen attentively to the prayer leader to ascertain the permitted volume level, we are likely to meditate on the content of the prayer – the appropriate course considering we are about to affirm what the reciter is asserting. Moreover, shouting in a communal situation is hardly conducive to concentration; our sages therefore declare that the maximum volume of the response is defined by the volume of the leader. This commentator adds that, in addition to the goal of improving concentration, equalising the volume also conveys the comparative importance of the two acts: both the recital of the blessing or Kaddish and the response are of comparable value (Ben Ish Hai).

A different approach that also contrasts volume with concentration suggests that a loud response is an external expression that at times may hide an internal abyss (Rabbi Moshe Tzuriel). A shouted amen is no substitute for a heartfelt amen. To avoid the folly of a loud but heartless response, a cap is placed on the volume.

Perhaps we can suggest a further explanation that is not based on the tension between volume and concentration, but that focuses on the forum where this responsive amen takes place. The responsive “Amen, may His great name be blessed forever and ever” can only be recited in the presence of a minyan, a quorum of ten. Even the minimal amen requires more than an individual, for it is almost invariably said in response to the blessing of another. Thus the amen response bespeaks community.

A communal prayer effort is not a competition; it is a joint undertaking. The respondent should strive to complement the one who offered the blessing; not compete against him. There is little value accorded to an individual standing out, while standing with the congregation. At this time audible conformity is called for, in an attempt to foster a cooperative spirit of kinship. The community responds in unison so that the experience is truly a shared spiritual endeavour.

The power of our People lies in that elusive unity for which we so yearn. Perhaps a response that is “with all our might” is a fulfilment of this ideal, declaring our faith and fidelity in one voice. 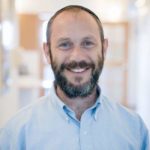 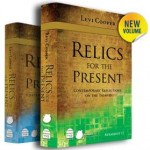 Levi Cooper is an Orthodox Jewish teacher, author, and community leader who lives in Tzur Hadassah, Israel. He is a faculty member of the Pardes Institute for Jewish Studies in Jerusalem where he teaches Talmud, Rambam, and Hasidism. Originally from Australia, Cooper lectures extensively on the topics of law and Halakha, Jewish spirituality and Hasidic thought. Since 1996, he has also served as a historian with Heritage Seminars.