JERUSALEM – Overlooking the walls of Jerusalem, friends of Pardes gathered today at the Menachem Begin Heritage Center in Jerusalem for a beautiful program to kick off a year off 50th-anniversary celebrations. Viewers from around the world tuned in as well via live stream on Pardes’s Facebook page, many of whom left touching comments about the impact that Pardes had on their lives. 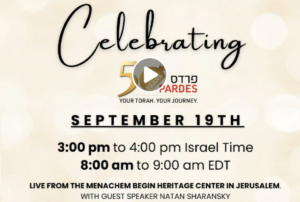 The event was originally scheduled to take place at Beit HaNasi, hosted by His Excellency President Isaac Herzog; however, the President was forced to cancel in order to represent the State of Israel at the funeral of Queen Elizabeth II, which also took place today. In absentia, the President shared prerecorded greetings, which not only praised Pardes for its important work but also noted the impact that Dean Emeritus Dr. David I. Bernstein had on him when he was David’s student at Ramaz in New York City.

The event itself was also emceed by David Bernstein who, after introductory words of welcome, introduced Natan Sharansky, Israeli politician and human rights activist, who is most well known for serving nine years in Soviet prisons as a refusenik. Mr. Sharansky shared a touching story about finally arriving in Israel after his release and reuniting with his wife, who during his imprisonment had become traditionally observant. To better understand her lifestyle and beliefs, he began learning with Pardes faculty member, Rabbi Meir Schweiger. They have remained connected ever since.

Rabbi Michael Swirsky, the Founder of Pardes, spoke next and reflected on the very modest beginnings of Pardes and what it first set out to accomplish. He likewise stared his amazement that, 50 years later, Pardes not only continues to exist when so many programs from that time have since closed their doors, but thrives. 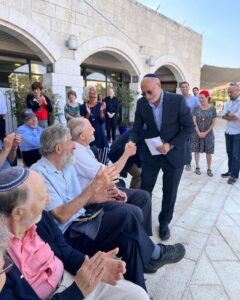 Next, representing the North America Board, Board Chair Mark Freedman was called to the dais. Mark’s words focused on the concrete impact that Pardes has had on the global Jewish community, noting statistics such as the number of Pardes alumni ordained as rabbis across the denominational spectrum: 639 to be exact.

Pardes President, Rabbi Leon Morris, shifted the perspective of the celebration from reflecting on the past and celebrating the present to imagining the future of Pardes and how it will continue to improve Jewish life around the world.

Of course, it would not have been a Pardes event without time set aside to learn Torah. Pardes’s longest serving member of the faculty, Leah Rosenthal, led a beautiful text study, a “flash beit midrash” as she put it, on a passage from Tractate Sukkah in the Babylonian Talmud. From this text, she emphasized the value of never marginalizing voices of Torah; a value that stands at the core of Pardes’s approach to beit midrash learning.

Perhaps the most emotional moment of the event came towards the end, when former Israel Board Chair and leading Pardes supporter, Libby Werthan, announced that the aron kodesh (the holy ark) in the Werthan Beit Midrash in Pardes’s future home, Beit Karen, will be named in honor of David Bernstein.

Visually moved by the honor, David retuned to the microphone offering thanks and remarked emotionally, “I’m speechless, which is something an emcee shouldn’t be.” Appropriately, David’s next job was to lead the gathered community in a recitation of shehechianu, thanking God for bringing us to the special day.

With the singing of Hatikva, the program came to a joyous and moving close. 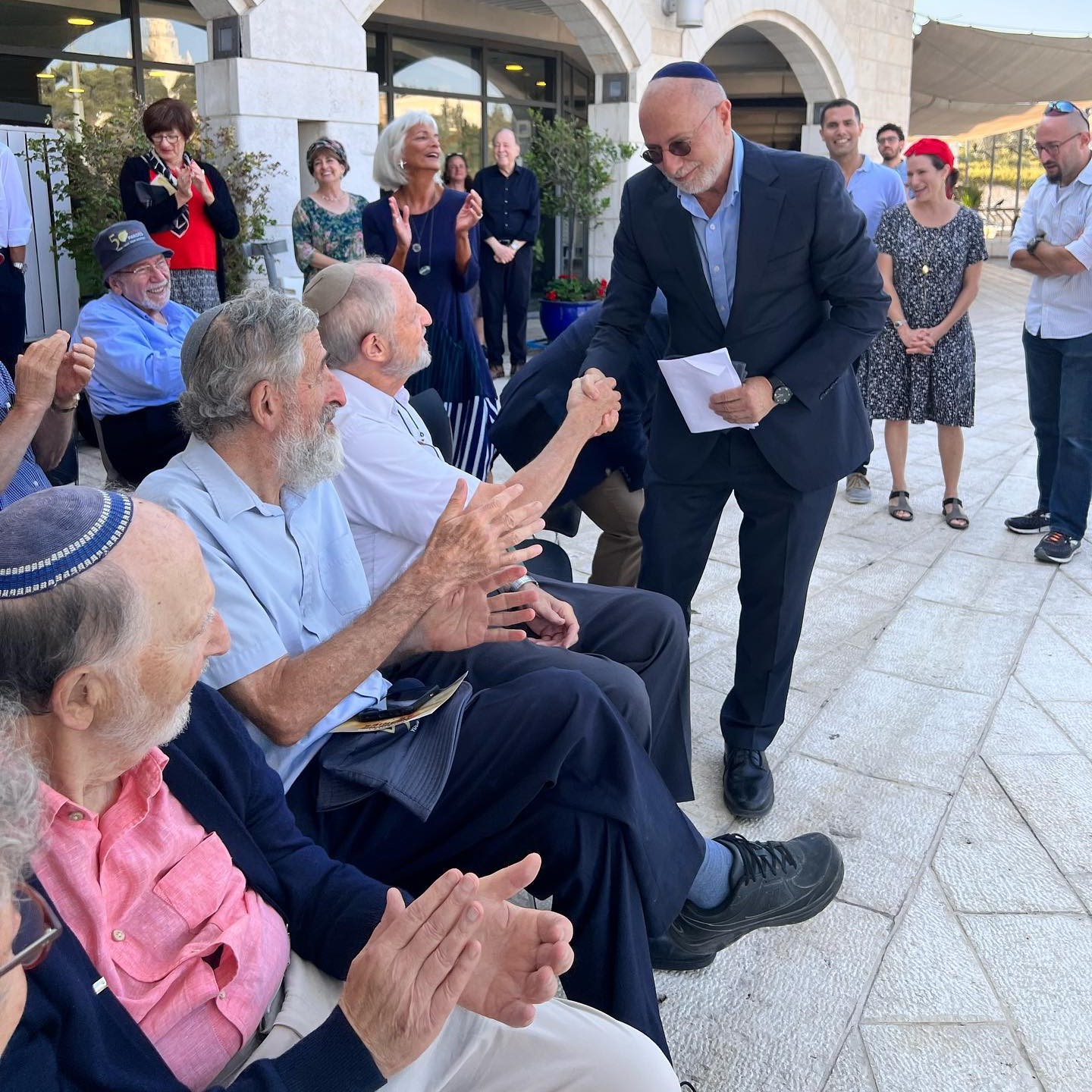