A Letter of Thanks from Rav Meir Schweiger

YOU ARE HERE: News » A Letter of Thanks from Rav Meir Schweiger

I would like to formally thank everyone – Pardes staff members, alumni, contributors worldwide – who were involved in the recent campaign to raise $1.5 million for the library, in the new building, to be named in honor of my beloved wife, Malkah, z”l, and myself.

From the outset, this project was undertaken as a labor of love by all involved. About eight months ago, when we were discussing my retirement plans, Rabbi Leon Morris mentioned to me that Pardes wanted to name a space in the new building in my honor. At the time, I was both flattered and embarrassed by the idea.

During my many years at Pardes, I generally avoided the limelight and, consequently, felt somewhat awkward and uncomfortable when I was presented with this very generous proposal.

Two months ago, when Leon and I met after the shiva, he presented me with a revised proposal of launching a major campaign to name the library in honor of the two of us. This gesture brought about a dramatic shift in my attitude. This was no longer about honoring me; instead, it became an opportunity for me to honor the memory of my beloved Malkah in a manner that would be a most fitting tribute to her life.

The two pillars of her life were our home/family and her library. In mid-life, after devoting herself to raising our nine children, she decided to take on a second job, outside the home, as a librarian. She studied for three years to become certified and then worked for over 20 years in the Israeli educational system. Malkah loved reading, and she made every effort to familiarize herself with a wide range of books that would be appealing to children and young adults. She initiated a variety of creative projects that succeeded in transmitting her passion for reading to hundreds if not, thousands of students.

But there was another element that made her library so special. In her unassuming way, Malkah created a warm, safe space where everyone felt welcome and embraced. Through her radiant smile and her encouraging words, she became a role model, advisor, confidant and mother to countless numbers of students. My fervent hope and belief is that Pardes’s new library will be a natural and vital complement to the Beit Midrash.

On the most basic level, I see the library providing students and staff with a wide range of books that will make Torah study more appealing and accessible, thereby deepening each and everyone’s love of Torah study. But my vision is that the library will go far beyond that and become an inviting, safe space for self-exploration, intimate conversations, and community building. As such, the library will not only bring the people closer to the Book but will enable each one to beautifully write their story and become their own book. That will be the greatest tribute to our life’s work.

It has been my honor and pleasure to have had the opportunity to be a full-time teacher for so many years at Pardes. What makes Pardes so special is its inclusive and welcoming environment that promotes mutual respect and bonding between faculty, staff, students, alumni, and the general community.

I am sure that Pardes’s message and mission of “harmony in the midst of diversity” will continue to impact in a major way on the Jewish world for many years to come. I am proud and thankful to have been given the opportunity to have a part in the new building, which will enable Pardes to bring its holy service to an unprecedented level. 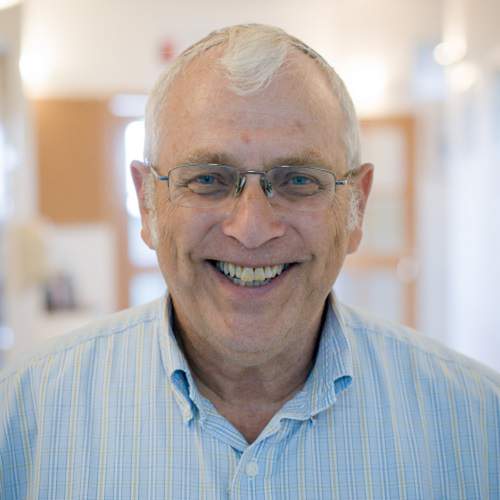 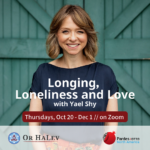