JERUSALEM – Pardes faculty member Rabbi Daniel Silverstein, the creator of “Sanctuary,” a newly-released multi-media rap interpretation of Psalm 91, has been writing stories and poetry since his teenage years. 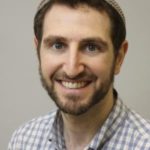 “At college, I completely lost faith in G!d and Torah, and stopped all Jewish practice. At the same time, I started writing with a new intensity, poetry which I later realized was my own personal map or liturgy for the exciting and uncertain world where I suddenly found myself.”

Poetry soon became a focus of Daniel’s college academic studies, giving him exposure to a colorful spectrum of highly-acclaimed work. Meanwhile, in his personal time, Daniel was increasingly listening to hip hop artists and was struck by the immediacy of their words and the impact on the world they were having.

His studies eventually led him back to the poetry of the Tanakh, which he always loved but had become less present in his life as he strayed from traditional Jewish observance. Looking at these texts with new eyes, Daniel began to see that these biblical works had always been primarily oral in design, intention and delivery. “Poetry that was intended to be read silently from a printed page was a fairly modern aberration from the near-universal human need to speak with rhythm, rhyme, alliteration and so on,” Daniel remarked.

With this realization, Daniel’s poetry also increasingly took on a spoken and rhythmic focus, which ultimately led him to write verses set to music. “As soon as I finished my studies I started looking for musical collaborators. Even though I’d stopped all Jewish practice, most of what I wrote was strongly Jewish in content and feeling, which was and remains a reflection of who I am on the inside,” Daniel said.

A number of years later, Daniel felt called back to Jewish practice, and a strong point of connection for him were Psalms. He began translating his favorite ones into raps and so far has recorded three of them. “For me, these new versions of the Psalms help make the ancient Hebrew more powerful and engaging. For many, the language is a considerable barrier to feeling the incredible power of the words, so I’m just trying to help people connect.”

Daniel explains that while he is working on several multi-media projects based on Pslams, the recent release of Psalm 91, also known as “The Song of Plagues” in the Talmud, was purposeful. “Unfortunately, it felt like the most relevant to our current situation, so I decided to share that first.”

As Tisha B’Av approached, Daniel also began to consider how his project is thematically related to the destruction of the Temple and its aftermath, which he explains below in his own words.

More of Daniel’s work can be found on his YouTube channel.

We may never have expected this psalm to be so relevant for our lives. The Talmud (Shevuot 15b) teaches that Psalm 91 is called “The Song of Plagues” as it asks for Divine protection from plagues and other dangers.

It is often preceded by the last line of Psalm 90, which serves as the chorus for this rap version of the psalm: “And may the pleasantness of the Lord our G!d be upon us, and establish for us the work of our hands, and the work of our hands – establish it!” Our ancient rabbis teach that Moses blessed the people with this line when they completed the construction of the Mishkan (Tabernacle), a place of protection and connection with the Divine – our first shared sanctuary as a people.

Moses’ prayer was that the physical materials of the Mishkan should be filled with the Shechinah (Divine Presence), and similarly, our ancestors prayed that the First and Second Temples would be not only splendid buildings, but also homes for the Divine that would elevate the spirits and behavior of our people, and ultimately all humanity.

On Tisha B’Av we are invited to reflect on our shortcomings in this regard. Our ancestors did not succeed in creating and maintaining societies of wholeness, peace and justice, hence they were deprived of the Temples and subjected to the persecution of cruel oppressors.

As we look around our own world today, so devastated by human greed and egoism, many of us are suffering and seeking sanctuary in myriad ways. May we find sanctuary in the Source of life that is always dependable, and may our sanctuary not only protect us but also elevate and empower us to create the world we are waiting for. 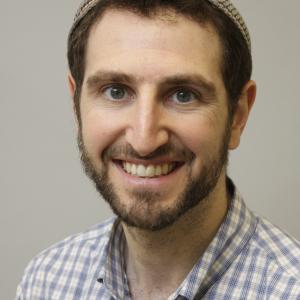