The Four Corners of the World Seder

YOU ARE HERE: News » The Four Corners of the World Seder

The Four Corners of the World Seder

In this opening of the Maggid portion of the seder, the Rabbis implore us to welcome anyone in need into our homes for the Pesach seder. But what happens when a pandemic means we cannot open our homes, we cannot help those in need and we cannot connect with friends and loved ones around our table? This was the dilemma plaguing Alissa Platcow this Pesach. 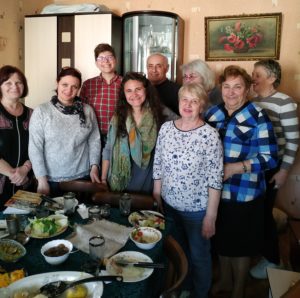 Alissa, a student currently in the Pardes Experiential Educators Program and a Rabbinical student at Hebrew Union College, has always taken the role of being a Pesach educator seriously. Last year, she traveled to Belarus with the JDC to educate the local communities about the holiday and to model a seder. There she hosted seven seders over five days in four cities. Working with community members of all ages to enhance their Pesach experience, she explained that Jewish education there works differently than someone from North American might expect. Because Belarus was part of the Former Soviet Union, previously religion was outlawed so many adults do not know much about Jewish practice at all. It is often the children learning through youth groups or new religious schools teaching the parents rather than the other way around.

This year Alissa had planned on performing a similar service before travel became an impossibility due to Covid-19.

Alissa began to coordinate an online seder for the Pardes community and quickly realized that there was an opportunity to open up the experience beyond the Pardes community, including the European communities that she could not visit this year. She reached out, both on her own and with the help of Pardes, to several European and American communities. From there it evolved into the “Four Corners of the World Seder,” a night where different people from different countries would gather online to experience the seder together. 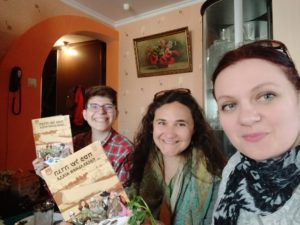 The seder ultimately consisted of over 50 representatives from seven countries, who each brought their own unique traditions, foods, customs, and songs. One participant, Rokhl Weston, shared a selection of Pesach songs composed by Jewish cantors and composers from the UK, and the history of Chad Gad Yah. A family from Belarus displayed their Haggadah in Hebrew and Russian. This, Alissa said, gave many of the anglo participants an opportunity “to broaden their sense of Jewish Peoplehood.” A Polish participant shared a dish he and his family typically enjoy at their seder table. Belarussian and Polish translators joined the Zoom call to guide non-English speakers through the event.

In addition, each participant was asked to donate a small amount of money to Leket, an organization that she proudly chose because of their egalitarian approach to tzedaka. “Feeding 200,000 Israelis regardless of race, religion, sexuality, nationality, which [can all be a] huge issue in Israel,” Alissa explained.

When asked why she chose to raise money for them at this time, she responded, “People who are suffering the most are people who can’t go to jobs and feed their families and I knew that Leket was doing something for the seder.” It was a perfect complement to a Seder that itself was intent on removing similar national and political borders.

Alissa concluded, “What does that mean when we can’t open up our doors, or open our arms to embrace those in need? We can open our hearts and open our wallets.”

This Pesach she achieved that goal and maybe even set a powerful international experience that can be revisited for many years to come.