YOU ARE HERE: News » Pardes Appoints New Director of Marketing and Communications

(JERUSALEM, ISRAEL – December 13, 2019) Pardes is excited to announce that Jamie Bornstein (Year Program 05-06) has been appointed Director of Marketing and Communications.

Jamie joined Pardes in October 2010 as Assistant Director in North America and was later promoted to Senior Director. While Jamie’s portfolio over the past 9 years focused largely on fundraising, he has worked closely with the Communications team over the years on many organization-wide projects. Jamie has also worked closely with Pardes President, Rabbi Leon Morris, to refine Pardes’s vision and mission statements, to analyze the consistency of Pardes’s messaging, and to strategize about the best positioning for Pardes in the increasingly robust marketplace of Jewish educational organizations.

“I congratulate Jamie on this new position and look forward to his continued role in increasing Pardes’s profile, promulgating our message and publicizing the vital work we do,” said Rabbi Morris.

Prior to Pardes, Jamie spent six years at Combined Jewish Philanthropies, the Jewish Federation in Boston, working as the Senior Israel Programs Associate and Senior Development Officer, Major Gifts. Jamie was named a Wexner Graduate Fellow in 2005 and received his MBA from Boston University. He earned his BA in Government from Skidmore College. 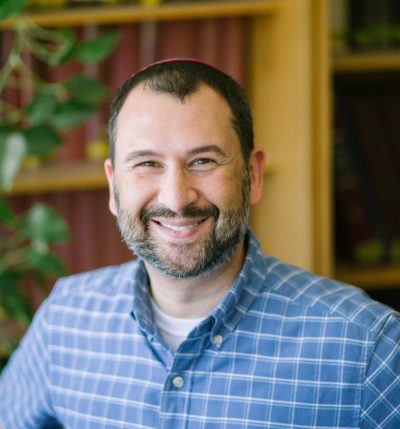